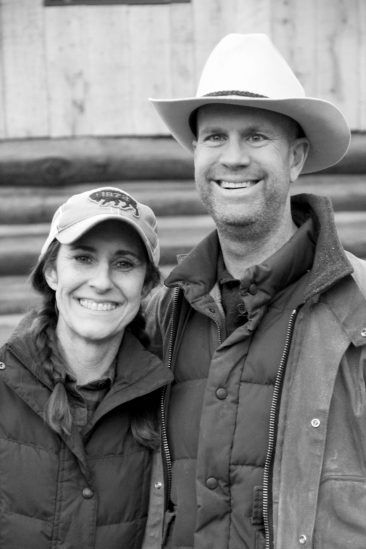 Jeremy is a co-founder and the Executive Director of Whetstone Boys Ranch. Jeremy has been pursuing the vision of Whetstone Boys Ranch since 2001. He has a Bachelor’s degree in Construction Management and over 20 years of diverse experience working with teens. He has worked as a Direct Care Staff at several Residential Treatment Centers. Most recently he has worked as a Deputy Juvenile Officer.

He has served as a Court Appointed Special Advocate. In addition, he has volunteered and served as a Young Life Leader, Youth Group Leader, Camp Counselor and served homeless teens and young adults with the Dry Bones ministry. Jeremy is a certified trainer of Therapeutic Crisis Intervention. Originally from Michigan, Jeremy currently resides with his wife of 11 years, Cari and their black labs named Scout and Silvy in Mountain View, Missouri. Jeremy and Cari frequently pursue adventures in the outdoors like kayaking, fishing, and hiking. They also enjoy traveling, gardening, beekeeping and reading. 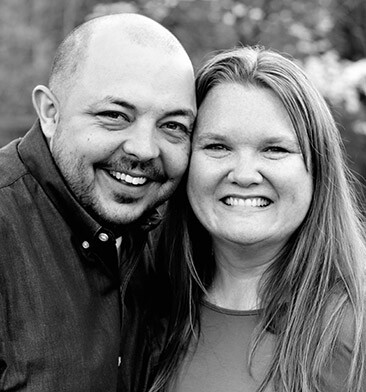 Curt was born and raised nearby in West Plains, MO. He was blessed to grow up in an amazing and strong family who helped to mold him into who he is today. Around fifth grade, his parents gave him a leather-bound Bible. One of the first verses of scripture he ever highlighted in this precious book was Proverbs 27:17. Since then, it has shaped the course of his life. This verse has driven Curt to become a leader and mentor to others around him, helping them grow closer in their relationship with Christ. Over the years, this has been through many jobs: janitor, pizza delivery expert, youth pastor, caseworker, supervisor, manager of a team of thirty-some mental health professionals in a local community mental health center serving hundreds of individuals in seven counties, and now, Program Director at Whetstone. He holds a bachelor’s degree in youth ministry and biblical studies and a master’s degree in counseling.

Curt married his high school sweetheart and they have four children. They have a son in college and three girls ranging from high school to elementary. His daughters make fun of the way he dances in the kitchen sometimes. He loves listening to all kinds of music. Anything ranging from Damien Jurado to The Dillards and NF to Willie Nelson. Curt and his family all really enjoy reading, too. Some of Curt’s favorite books are Mark Twain’s “Roughing it” and John Steinbeck’s “Travels with Charley”.

His perfect date night is driving through McDonalds while getting to talk to his wife without any of their kids listening in. 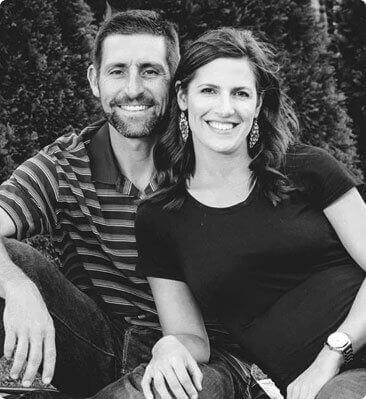 Brandon is a co-founder of Whetstone Boys Ranch and currently serves as Whetstone’s Director of Development, in charge of overall program development and sustainability.

He graduated from Montana State University with a Bachelor’s in Construction Engineering Technology. He officially joined the Whetstone team in 2002 and has been working with at-risk youth since then. He and his wife Laura have been married for 13 years and have five children. 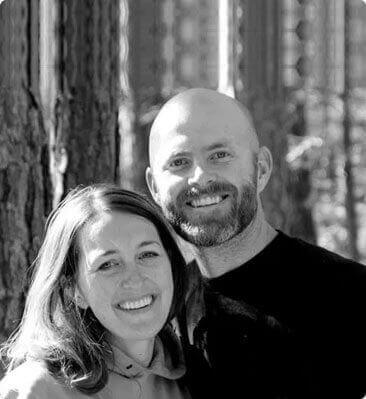 Ty and his wife, Michelle, were the house parents for three years.

Ty has been involved in residential care for many years, both at Timothy Hill and now at Whetstone. Upon the arrival of our current house parents, Ty was able to transition into the role of Director of Agriculture. He oversees all aspects of our agriculture program, from managing our pastures to the care of our herd of cattle. Ty and Michelle have lived in Missouri for four years, and have four children. 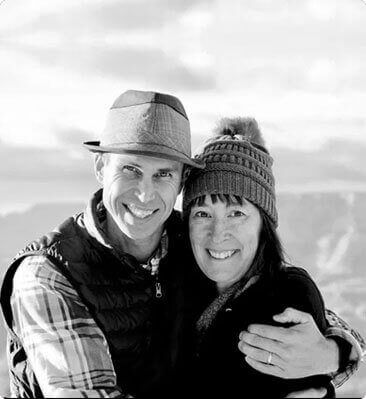 Axel has 20 years of classroom experience since 1997. During that time, he has taught everything from remedial freshman English in the inner-city, to AP Senior English in both private and gifted settings.

He has state certification to teach English, Social Studies, Speech, Drama and Debate, in grades 6-12. He is most proud of coaching Speech and Debate teams that have placed highly in both state and international competitions. In addition to this, he has enjoyed coaching basketball and golf at various points over the years. He has Master’s Degree in Secondary Education, and in 2007, he became a National Board Certified Teacher of English. Axel and his wife, Christine have been married for 20 years and have 4 children. Originally from Pontiac, MI, Axel is a Detroit Tigers fan who enjoys dating his wife, collecting vinyl records and baseball cards, writing poetry, and taking pictures of his kids during outdoor excursions. 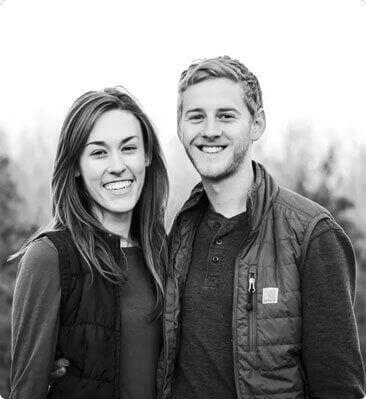 Boone and his wife, Cali, moved to Missouri in 2017 to begin working at Whetstone. Both Boone and Cali have a passion for working with youth and hold Bachelor of Science degrees in Graphic Design and Studio Art, respectively. They individually started their journey serving youth at different summer camps while in college and continued this together during summer breaks.

After college and marriage, they sought a way to be involved in full-time ministry in a boys ranch or youth ministry setting. Two years after they were married, they found Whetstone and soon moved to Missouri to work here. They both love being with and building relationships with our boys. Boone has worked in nearly every role at the ranch from part time direct care all the way to his current role of House Manager where he hires, trains, and manages the direct care staff and ensures the “house” runs smoothly. Cali has worked with Whetstone part time teaching art in school and serving the team as Staff Assistant doing office work. To God be the glory, great things He has done! 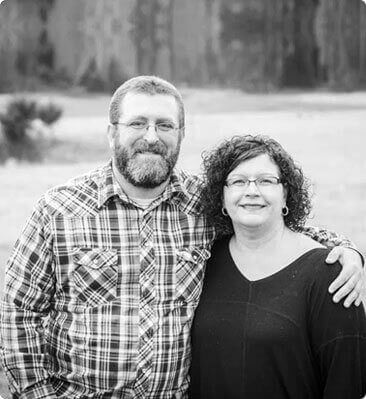 Shortly after marrying in 2002, God had planted a seed in Bob and Grace’s heart….a desire to serve as house parents one day. On January 1, 2017 that desire came to pass as they began their ministry at Whetstone. Born and raised in New Jersey, Bob has an AAS in Photography Technology and completed the “Year in the Son” program at Elim Bible Institute in Lima, New York. Prior to coming to Whetstone, he was a head custodian for 14 years at an elementary school. His job was stable and secure, but he felt dissatisfied, and his heart longed for more. God had begun stirring his heart for at-risk youth and he pursued that calling.

He is a diehard NY Giants fan, enjoys playing the guitar, fishing, spending time with family, walking in the woods, and playing with his family’s dogs, Joey and Lilly. He loves teaching new things, encouraging new experiences, and making others laugh. Grace was also born and raised in NJ. She grew up in a broken and abusive home, experiencing much pain and loss. In her latter teen years, after rededicating her life to the Lord, she began going through intense healing and felt called to attend Bible school for equipping to serve others. From 1994-1998, she attended Zion Bible Institute in Barrington, Rhode Island, (currently known as Northpoint Bible College) studying Ministerial Leadership, and she received her Bachelor’s degree in Theology. She remained on staff at the college for 2 years as the Food Service/Kitchen Manager. Prior to coming to Whetstone, Grace was a teacher’s aide for 3 years in a behaviorally disabled elementary classroom. She enjoys music, reading, cooking, baking and cake decorating, horses, spending time with her family, being outdoors, and fishing. She absolutely loves drinking coffee. She hopes that someone will build a Dunkin Donuts close to Whetstone. Bob and Grace feel blessed and honored to serve at Whetstone. They have embraced the country life and are thrilled to raise their 2 girls in the beautiful Ozarks of Missouri. 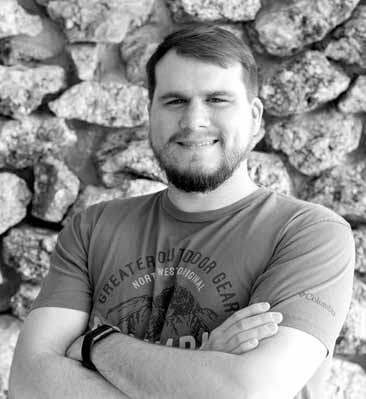 Jason Whittingham was born and raised in the Ozarks. He has had a special connection with Whetstone for many years. He has been married to his wife, Jackie, for 10 years and they have three children. Jason has served his local community for many years as a Master Barber, participating on local boards, helping to organize community events and donating his time and services to outreach programs in the area. Building lasting relationships and connecting with people has always come naturally to Jason. He has a big heart for youth and serving at Whetstone full-time is a dream come true for him. 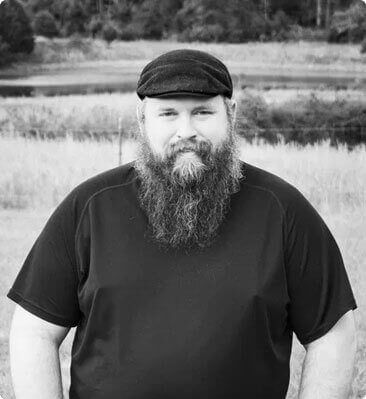 Lemuel started working at Whetstone in late 2018. Before that he spent two years working with in-home healthcare. 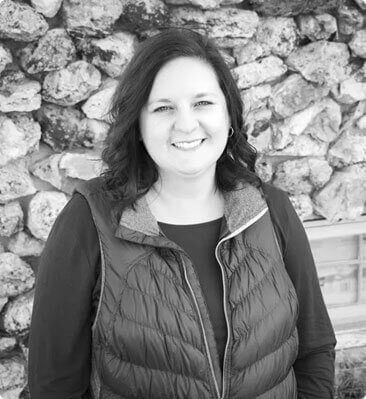 Katie believes in the powerful force that mentors can be. In high school, her classmates used Proverbs 27:17 to describe her, and this has been the theme of her life. Her love for mentoring started with her love for teaching and coaching. She taught 6th and 7th grade Science and Social Studies for 11 years mostly in Georgia and 2 years overseas in Bolivia.

She has coached and mentored girls of many ages, including youth in her church, Upwards basketball, Middle School basketball and cheerleading programs and High School basketball programs. She used her relationship with students to teach them the importance of teamwork on and off the court, the importance of building healthy relationships as well as emphasizing their importance in the world. After teaching, Katie worked as mentor for missionaries all over the world. This took her to places she only dreamed of going. She holds a master’s degree in School Counseling as well as Marriage and Family Therapy. After graduating with her Marriage and Family Therapy degree in May 2019, the Lord brought her to Whetstone in September of the same year. Katie is excited to use what she has learned in school and in life to walk alongside the boys and families that come through Whetstone as we sharpen one another. 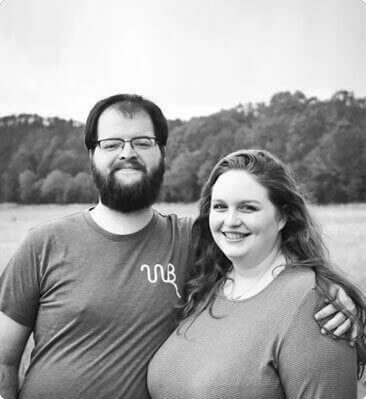 Taylor grew up in Missouri for most of his life, having moved here from Searcy, Arkansas with his mother when he was eight. Growing up, Taylor saw first-hand the effects that broken homes and broken relationships had on people and wanted to find a career where he could help youth and their families recover from these hardships.

However, it wasn’t until after a particularly harrowing time in his life that he found the Lord and knew he wanted to devote himself to him and work in a ministry. As providence would have it, he learned of Whetstone at around the same time, and started working with us in June of 2015. Since then, Taylor has married his amazing wife, Cynthia, and has been blessed with a beautiful bouncing babbling baby girl. During his free time, Taylor enjoys spending time with his family, listening to music, studying history, eating his wife’s delicious cooking, drinking Earl Grey tea, playing board games, and reading, writing, and telling stories.