From what I’ve observed, God works in two ways:  all-at-once and not-all-at-once.  Because this may seem either obvious or contradictory, I’ll explain.  (This is a blog afterall.) 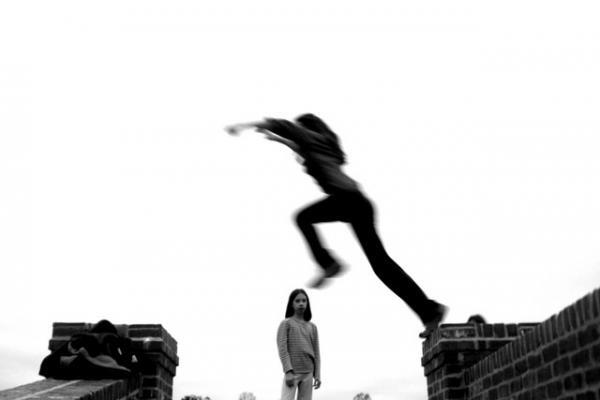 Let’s start with the creation of the universe.  First off, how long was God planning it?  For an eternity before time? Or did he improvise like a painter, or a jazz musician?  Was it all at once, or not all at once?   Did it occur over a literal six days, or over billions of years?  I’d make the case that the Genesis account is literal, but even creationists like me admit that it certainly appears to have taken long time.  I believe he made it all at once (or at least within a week’s time), but I can see how it looks to some like he chose to do it not all at once.

For a less controversial example, let’s look at Moses.   God called to him all at once, out of a burning bush.  There was no advance prep.   God simply appeared.   Bam!  But deliverance of Israel was a long way off.  It took 12 plagues and 40 years of wandering in a giant desert before God had prepared the heart of his nation to cross over Jordan.  Certainly, this qualifies as not all at once.

Same thing with the apostle Paul.  Epiphany on the road to Damascus, then shipwrecks, snake bites, stoning and death in a Roman prison, before his letters to a chain of shaky churches are collected to help articulate a theology that will in 300 years, overthrow an empire.  All at once, then not all at once.

Whetstone is in the much the same boat.  It’s been over 10 years in the making.  There has been trial and doubt and mind-numbing still-water in this journey.  But recently, all at once, and (this is the important part) at just the right time, God has opened up the floodgates.

The progress that our boys make over their 10-12 months in our program will be similar.   It will sometimes be made all at once.  God will reveal certain truths to them in moments of prayer, or during a fall hike through a forest of color.  But some lessons will be hard learned, perhaps only embraced years down the road.

The world is charged with the grandeur of God.

It will flame out, like shining from shook foil;

It gathers to a greatness, like the ooze of oil Crushed.

He means that God works in two ways:  instantaneous like lightning, or slow like the ooze of oil.  But whether he works all-at-once, or not-all-at-once…