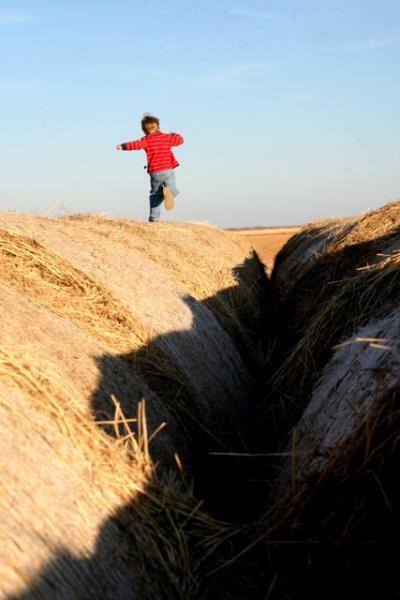 I believe it was the summer of 1984.  With the Soviet Union boycotting the Olympics, the United States was mopping up on the rest of the world in the Los Angeles, and Carl Lewis and Mary Lou Retton were on the front of Wheaties.  Led by Jack Morris, Kirk Gibson, Alan Trammell, Lou Whitaker, Lance Parrish and Willie Hernandez (to name a few), the Detroit Tigers were on their way to a World Series victory over the San Diego Padres.  And on the shore of Lake Huron, my family was vacationing, staying up late to roast marshmallows and listen to Ernie Harwell call the play-by-play on the transistor.

“Strike three!  He stood there like a house by the side of the road!”

That’s the scene.  What boy wouldn’t remember a summer like that?

What’s more, I remember a particular walk with my dad along the beach.  If you’ve ever met Fred Liimatta, you know that he’s a walking object lesson.  Parenting 6 kids in the middle of running a small business necessitates delivering fatherly wisdom on the fly.  He’s all about the visual aids.

In high school, he ran cross-country.  This always seemed strange to me, since the only time I ever saw him run was while being chased away from a job by an overprotective schnauzer.  Since he was a Vietnam vet, I sometimes imagined him running through the jungle (like in that CCR song), but never for recreation or exercise.

In any case, on this particular morning, as the sun gently rose on the great lake, he spoke to me about running.  Keep your eyes on a fixed point in the distance.  Don’t look at your feet.  Pace yourself.  Finish Strong.   Always leave something for the end of the race.  Lots of guys can run three miles, but the guy who wins is the one who can find that extra something at the finish.

Each of these points about running evolved into memorable life lessons during that walk and in the years afterward, as I reviewed them during the trials of high school, college, marriage, teaching and parenting.

“Finish Strong!” I still hear from behind, my dad’s encouraging advice propelling me forward when I feel like quitting.

Our prayer is that Whetstone can be this fatherly voice of wisdom for boys who never had a Summer of ‘84.  It may be that their father stepped out for a pack of cigarettes and never returned, couldn’t get away from the office, or cared more about Monday Night Football than Friday Night with the Family.  There are far too many “invisible fathers,” as Robert Lewis puts it in Raising a Modern Day Knight.

Sadly, we can’t restart the race and give them a real father; but with your help, Whetstone can make sure our boys have a chance to finish strong!