If God Is For Us… 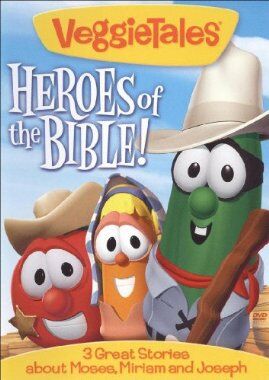 The heroes of the Bible did not know they would become heroes of the Bible. They had no clue that their personal stories would inspire billions, that nations down through the ages would be patterned on their words and deeds, that they would have their own Veggie Tales video. They walked wilderness paths that led to unknown destinations, and they endured great trials with no guarantees except that God would be with them – even to the ends of the earth.

To be sure, these men and women often struggled to keep their faith in God’s presence on their epic journeys. Sometimes, they foolishly relied on their own strength. Abraham offered Pharaoh his wife to save his neck. Moses literally took matters into his own hands and struck a rock to bring forth water of his own accord. Peter grabbed a sword and slashed off a soldier’s ear before realizing Jesus would not condone his violence. Sometimes they suffered great loss and tragedy. Isaac and Rebecca had a son kidnapped and for a time, thought him murdered. David’s son attempted patricide. Paul underwent shipwreck, snakebite, lashing, stoning and imprisonment, to name just a few.

And in each case, none of these heroes of the faith had any idea what the final outcome would be. Their stories were in all likelihood destined for the trash bin of history. There were no slain Hydras or Minotaurs to bear testimony to their deeds. A strong case can be made that their faith in God’s providence was the only remarkable thing about any of them.

On Friday, July 22nd, Whetstone officially closed on the 280 acre property that will, Lord willing, serve as the future restorative home for hundreds of boys in the years to come. By faith, we are – all of us – one step further on this journey to follow the vision God has set before us. We don’t know what challenges lie in store, what obstacles may arise, what roadblocks Satan will, or already has, constructed down the road.

But we are sure, beyond a doubt, that God is stronger than anything that may beset us. He will not give us more than we can collectively bear. And this is because God’s presence is both the only thing we need and only thing that can never, ever, be taken away.

For if He is for us, who can be against us?