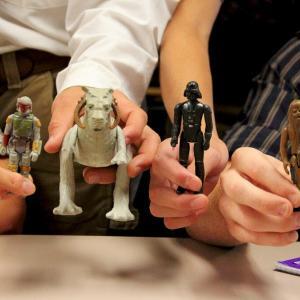 “Filling a bucket.”  That’s how Axel and I refer to school mornings at Whetstone Boys Ranch.  We make sure they can cross t’s and dot i’s, understand genus and species, conjugate verbs, find the variable, and stay within the lines.  It is accomplished because there are some things that just need accomplishing.

But the afternoon, that’s a whole different ball game.  If the morning is “filling a bucket,” then the afternoon is “lighting a fire.”  We’re dissecting movies and looking for themes and motifs, diving into the sound and sense of poetry, we’re uncovering “old” music and the idea of resonance and influence.  We’re filling a gratitude journal, writing stories, revealing inner heroes and conquering hidden demons.  It’s active, group-centered and a lot more exciting than mandatory school work.

If he were reading this right now, Axel would be quick to lecture on the fact that the afternoon is just as important as the morning, from a transcript standpoint.  He’d go on and on about how there’s a difference between core subjects and electives, but that both are required for graduation.  He’d also make certain that you understood that the afternoons involve some seemingly inadvertent instruction in the art of note-taking, creative writing, study skills, test taking, group participation, and a host of other skills that educators deem important.  Long story short, he’d lovingly inform you that the arts are a pretty important piece of a liberal arts education.

It’s on these afternoons that I love having Axel there to bounce things around with.  He’s a good planner.  It’s one of his many gifts.  He can lay out a detailed description for covering a musical artist that the boys have never heard of, and connect that artist’s work with its influence on whatever garden-variety pop music the rest of us simpletons listen to in our ignorance.  I wasn’t keenly aware of the word sub-genre before coming here.  Now I can name theatrical sub-genres like Sword-and-Sandal, Camp, Film Noir, and Biopic, as well as lay out a fairly meaningful distinction between the 7,000 rock sub-genres:  prog rock, art rock, punk rock, jazz rock, mechanical rock, glam rock, space rock, nerd rock, arena rock.  Don’t even get me started on post rock.

Not too long ago, during our “lighting the fire” time, we read a poem by Sylvia Plath.  Axel gave it to me earlier in the day, to look over since we were trying something new.  I read it twice, understanding it less and less each time, until I remembered Axel’s “5th Rule of Understanding Poetry.”  Always look at the title – it makes a difference.  I remember the day we went over that, and I thought it was a little obvious, “who doesn’t read a title before they read a poem?!”  Ummm, me.

Directly above the first line, clear as day, was the simple word “Mirror,” and even though the one word title was never mentioned again throughout the entirety of the poem (a very important sub-point in the Axel Liimatta School of Poetry Recitation’s Rule 5 on titles) it brought context and meaning to what I might have described 3 minutes ago as blabbering gibberish from an obviously disturbed person.  (It also didn’t help that he told me how she died before I read the poem, but I digress).  It made a little more sense, and I didn’t cast it aside as another poem in the long line of things I don’t get right away and am therefore done with.

We read it with the boys that afternoon.  They followed rule 5 and got the gist of the poem far more quickly than I did.  Axel walked them through it, one “step” at a time, since we do this every Thursday afternoon, and they had a little better appreciation for the skill and artistry within the confines of what we call poetry.  Then we read it aloud again, because you just don’t “get” a great poem in the first couple tries (see Rule 3).  Then we talked about what we “got” out of it.

Long story short, we had a 2 hour conversation led predominantly by some very insightful teenage boys about inner demons, voices of truth, identity, and accurate self-awareness – none of which are directly addressed within the poem about a lady who stares in a mirror and sees a fish.

There are some things that you just can’t plan for.  We didn’t run 2 miles that afternoon like we usually do, and it wasn’t because the boys were avoiding it or because the staff just didn’t feel like it.  It was because good planning affords the opportunity to capitalize on unplanned gifts.

We’re a little removed from the tornado.  This place is up and running again, there are boys in the beds and at the desks.  We may be short a couple buildings and a lot of trees, but we gained some pretty important things along the way.  We didn’t plan on a tornado, but it gave Axel and me the opportunity to restructure the afternoon, to open minds, soften hearts, and to capitalize on unplanned opportunities that will continue to come – whether we’re ready for them or not.