The Sound of Freedom 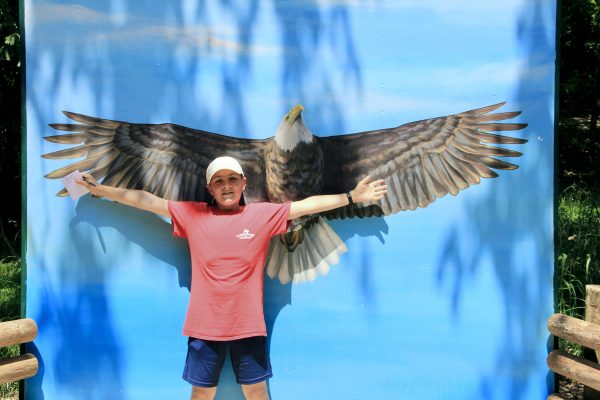 Hey, moms and dads. Tell me if this sounds familiar.

“C’mon.  Are you seriously telling me that I can’t fill in the blank. Literally everyone I know is filling in the blank. You have no idea how things are ‘in the real world.’”

“The real world?” you say, air quotes hovering like missiles prepared to strike. “Let me tell you about the real world…”

At this point your teenager’s eyes glaze over and their ears become plugged with hormonally produced wax. They can’t hear a thing. Their mind is somewhere a million miles away, lost in their vision of the real world as you expound, ineffectually, on yours.

This battle of what the “real world” entails goes at least as far back at Aristotle and Plato. Plato believed that ideas, or what he called the “ideal” was really real. Aristotle was more on the side of what we can see and touch and feel. Now it’s a bit more complicated than that if you’ve read their collected works (I haven’t), but you get the idea.

Christians debate this issue all the time as well. We are to be in the world but not of the world, to paraphrase a few scriptures that get mashed together. Wise as serpents and innocent as doves. But how do we remain pure and unspotted while mixing it up with a sinful world? It’s complicated.

We hear the complaint about how Whetstone isn’t the “real world” all the time. How God’s standards regarding self-control or telling the truth are old-fashioned and out of touch with reality. How technology and “civilization” are so far superior to life in the Ozarks of southern Missouri.  How teenagers don’t wear cowboys boots and snap button shirts. How disc golf isn’t a real sport. (Ouch!) We’ve heard it all.

And to be fair, we do live in a kind of bubble here in Mountain View, which by the way features neither mountain nor view…if we’re keeping it real. We keep the boys physically separate from many temptations that they will not be able to avoid when they return home. So they are not wrong in saying that this is not the “the real world” from one perspective.

On the other hand, all life is real life. It is what you make it. Your current experience, no matter how strange or mundane or unlike what other people are experiencing, is as much yours as theirs is theirs.

A few weeks ago, Whetstone hosted a visit from a youth group in Kansas City. They accomplished a ton of work around campus, and we are so grateful for their generosity and kindness. During the weekend, a few of these mission-minded teenagers were allowed to drive a Bobcat for bit, leveling gravel, pushing logs and such.  Afterwards, one of them exclaimed, “This is awesome!”… as you would if you had the chance to drive a Bobcat. Those things are cool.

Without missing a beat, another teenager jokingly asked, “Better than Fortnite?”

Now not all video games aren’t inherently evil, but this funny exchange kind of highlights the difference between a game controller moving pixels and a heavy machine operator moving real dirt and rocks and stones. One is real, the other, well, let’s just say, less so.

And maybe that’s where we can start. It’s not that one experience is real and the other not. My daughter’s concern about fashion is real. There are real world implications if her clothes aren’t in style. It’s just that this concern is not more real than the standards her parents set regarding modesty and frugality.

Of course, she’s likely to view this conclusion as frivolous and patronizing, and I guess that’s her reality. Again, patronizing.

Lady Bird Johnson once said that the “clash of ideas is the sound of freedom.” Well if this true, I might just be the freest person on the planet.

So happy 4th of July to me…and to all of us who live with teenagers.