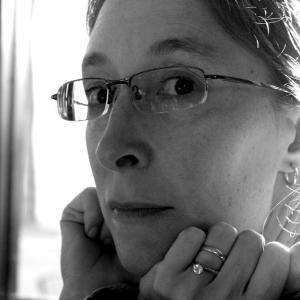 November 23rd is a big day for me personally.  This year, it falls on Thanksgiving, my wife’s birthday, and my 15th wedding anniversary!  Not a day I should forget.  There could be bad times in Brooklyn if I do.

Fifteen years ago, I married Christine Marie Creasy.  It was a bright and crisp autumn day in Jackson, Tennessee.  She was better than I deserved as a 22-year old student teacher with no income except from loans.  Whatever possessed her to do such a thing?

She has said on several occasions that it was my dad.  It wasn’t my dad’s wheels, which consisted at the time of a big yellow Ryder truck which he leased for his hauling business.  It wasn’t his winning smile, filled with rotten and rotting teeth – or his hair, often discolored from the dust of whatever job he’d recently returned from.  It wasn’t his house bought at rock bottom price in the late 70’s, the value of which might have actually gone done since.

My wife was convinced that she wanted to marry me during a crazy and freezing cold winter visit to Pontiac, Michigan – during which she saw a picture of the man I could be someday.  A man dedicated to his wife, to his kids, to his work and most of all, to a personal God who sustained him through the trials of running a small business and a large family.

We all stand on the shoulders of giants.

I haven’t written about her very much (and I’m sure she’s fine with that), but I can’t overestimate the role that Christine has played and continues to play at Whetstone Boys Ranch.  She is my helper, my friend, my confidante, and my inspiration.  I am convinced that I will never fully appreciate the degree to which she has sacrificed her comfort to provide me with this opportunity.  But I thank her, and I thank Laura, and I thank Cari from the bottom of my heart, for supporting their men-folk.

And you can be sure that if a beautiful, intelligent and righteous young woman falls in love, marries, and lives happily ever after with a boy from Whetstone, it will be more due to the Whetstone Wives than their hubbies.